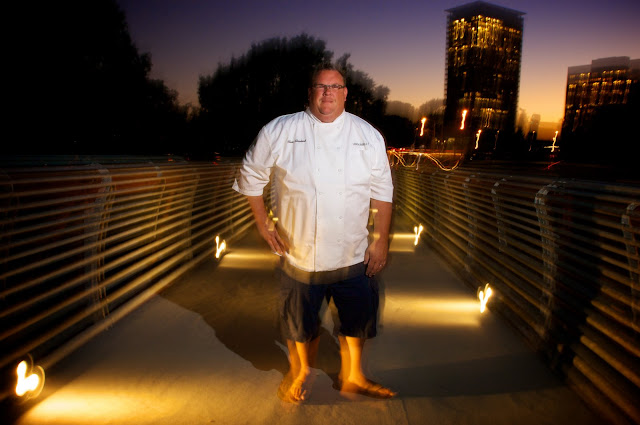 my son, Steve Harris's photo of a legendary Houston chef,
Chris Shepherd,
shot recently on an overpass walkway near downtown...

the image will appear in an upcoming edition of
Southern Living
when they do a feature on Chris
& his new restaurant, where he will be the chef-owner,

just as an interesting aside, to give you a little information on Chris
and his famous Catalan Restaurant, I will quote the following:

When Shepherd left in May, the owners, Clark and Cooper,
said they'll rebrand Catalan as a different concept
with a chef they likely will be ready to announce soon.

Lest the move be interpreted as a repudiation of the direction Shepherd has taken at Catalan,
Clark and Cooper frame it as more of a salute to him
and the success he has made of the restaurant.

"Chris can keep doing farm-to-table, he can keep his own identity," says Clark.

"All the things he's done at Catalan--
the Sunday Suppers, the culinary tours, the farm-driven menu--
we feel grateful to have been a part of it,
and we thought it was unjust to try to continue it without him."

you can bet we will be there for the opening of

located in the lower Westheimer area

Posted by Splenderosa at 6:13 PM